It’s been quite the week and a half since UCP members overwhelmingly chose Jason Kenney as their Leader.  Despite publishing the results before the official announcement, people without cell phones or internet were still quite excited to find out who won.  “We don’t care in this party what God you worship or who you love..” Kenney declared to a crowd of both ecstatic and disappointed observers.  That little shocker aside, we’ve heard it all before. 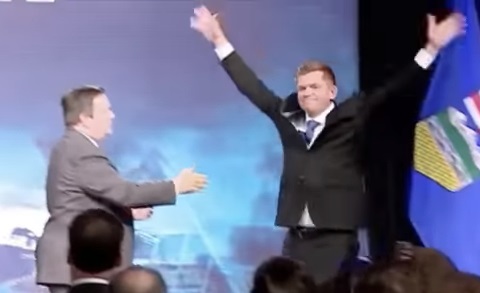 Walking around the room, I spoke with a number of people.  Of all my conversations, the most difficult was with Leela Aheer.  I think she’s a strong MLA and a decent person.  I don’t get how she can support Kenney.

Granted, she whole-heartedly supported the more likable Brian Jean but after almost two weeks, she is still there.  Perhaps her promotion to Deputy Leader the morning after gave her hope she may wield some influence.  Dave Rodney, MLA for Calgary-Lougheed stepped down the day after the announcement to allow Jason “I’m in no rush to get into the legislature” Kenney to run for a seat in the legislature.

A number of people migrated to the Wildrose when they were fed up with the PC party.  Alberta has historically been a conservative province and they don’t appreciate government waste.  There was a large group of recently-Wildrose-now-UCP members supporting Brian Jean who were part of that migration: fiscal conservatives who were also either socially liberal or socially libertarian. In either case, they don’t identify with Jason Kenney’s social conservatism.

Kenney did other political parties in Alberta a favour by running for the PC leadership and he did them an even bigger favour by uniting with the Wildrose.  Through the subsequent leadership race conservatives were offered three options:  Doug Schweitzer who campaigned to the young and centre-right, Kenney to the staunch social conservatives and Brian Jean held up the centre to middle right.  Although they tried not to fracture the newly-formed party, the vast difference between the leadership candidates ensured the culmination of that race would benefit someone other than the UCP. 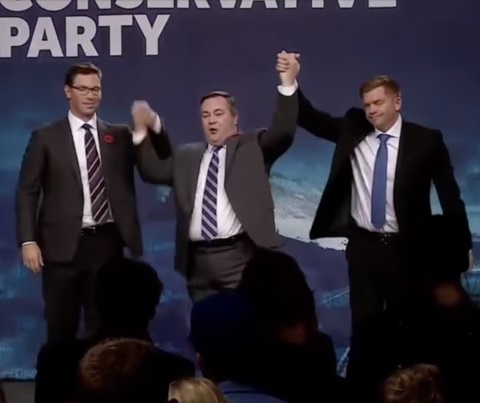 Most polls proclaimed if the election were held yesterday, the UCP would win.  Polls also said that UCP would have more support under Brian Jean than Jason Kenney but that was then.  This week, Jason Kenney decided not to take Rob Breakenridge’s advice and opposed Bill 24, a bill that legislates children’s privacy in being a member of a Gay-Straight Alliance club at their school (Breakenridge has written four articles in 2017 regarding Kenney and social conservatism).

Leela Aheer, MLA for Chestermere – Rockyview gave an impassioned speech acknowledging the need for GSAs prior to the vote but did not return to vote; neither did MLA for Grande Prairie – Smoky Todd Loewen nor Prasad Panda MLA for Calgary-Foothills, who were also present prior to the 15 minute division.  Adding salt to the already open wound, Mike Ellis, UCP MLA for Calgary-West presented an amendment to remove section 9 from Bill 24 the next morning.  In his statement, Ellis accused the government of providing sexual education without parental consent through GSAs.

Seeing people defend their membership in a party that now has a leader they fundamentally disagree with has been enlightening.  They disagree with the leadership directive but they are defending their choice to stay or, worse, remaining silent.  There is no reason to stay loyal to a party that has existed for all of four months except one: those aforementioned polls.  If the MLAs cannot or will not stand up for what they believe in then it would seem they aren’t worth the votes that put them there.  If they wish to stand for the  principles they claim to have, there is no time like the present to remove themselves from the heat of Kenney’s socially conservative agenda.  The Lake of Fire 2.0 may not be as kind to the party the second time around.