As children headed back to school last week the public/separatist schooling models were being scrutinized again, or, still, in Alberta.  I want my children to have an education that includes religion.  Religion is an important part of human history and the effect religion has had on our laws and society is one that should be examined and analyzed.

In our increasingly diverse society, understanding religion and the perspective it has and continues to bring to current events, public policy, and politics, should, in my opinion, be included in our education system.

As a parent of four children who are enrolled in a Catholic school, I pay attention to this debate.  As a parent who pays taxes, I want good stewardship of my tax dollars and assurance my children are getting the best education our tax dollars can afford.  That is why I want to see an end to the separate school funding model in Alberta.

Currently, a number of Christian schools are under the public system.  They are publicly funded schools with a faith-based philosophy under direction of a public school board.  Why can’t the Catholic system do the same?  The issue arose for me when I was attempting to enroll my children in a new school.

Before we moved, my children had attended a public French Immersion school.  When we were looking to relocate, my sole requirement was access to a French Immersion program.  After months of house-hunting in a place I wasn’t keen to live, my family informed me there was a French program in the Catholic school in their town.

We found a house in town.  Slight digression; the family that owned the house we ultimately purchased was Catholic (and I’m basing that on the numerous crucifixes affixed to the walls and literally nothing else).  We walked into the entry way and my daughter saw a crucifix over the stairs.  “Look mom” she said blithely, “there’s a dead guy on a cross”.  And my somewhat twisted sense of humour wondered how much would enjoy her new religion classes…

My father was raised Catholic but abandoned the practice before he met my mother.  I was baptized Presbyterian.  My children were not baptized Catholic.  At registration, I was told that if one of the parents were baptized Catholic, they were required to accept my children’s enrollment; but if not… let’s just say I was given the impression the welcome wagon was in for repairs.

The only school in the area offering a French program at the time was a Catholic school that, I was shocked to discover, had the option to deny my children enrollment… a publicly funded school… could deny my children access based on whether or not our parents had baptized us in the “right” religion.

Had my children not had a parent who was baptized Catholic, they may have been ineligible to access to the only available French program in town.  I was unimpressed.  Preferring rural living to urban, though, I’m accustomed to the fact that “parental choice” is limited.

As a parent, I love the idea of “school choice”.  Do you have a naturally athletic child? A school that offers extra coaching/training/gym access would be great.  Is your child a bourgeoning Monet?  An art school would be fantastic.  Robotics? Science? Sure – let’s save time and get them to specialize while they’re young.

I have another kid that out-schooled me on dinosaurs before he was six; it wasn’t hard, but still.  He also told me, rather matter-of-factly when he was seven, that he didn’t have to be a scientist.  “I could be a chef” he stated.  Then he asked me to make a sausage and banana tart.  Good thing I didn’t put him into a STEM school at the age of five, I guess.

School choice might not necessarily cater to student’s needs as they do those of the parents.  My daughter is a bilingual, dedicated athlete who excels in math and science, and is also, oddly enough, a budding atheist.  She probably would have excelled in a STEM or athletics focused school.  Not that any of those options were available in rural, of course, but it makes me wonder; if it was available and money was no option, and I had chosen to give her better opportunities to hone those skills… would she have still decided she wanted to be a social worker?  Would she have even become the dedicated athlete she is without her peers and the opportunity to learn from other athletes who attend her school?

You could call it the ‘rural Alberta disadvantage’ but Barbara Silva points out in this excellent Alberta Advantage podcast that it’s not just rural; our separate and private school system is segregating our kids and that puts them at a disadvantage.  School choice is about parents and it shouldn’t be about the parents, she said, education is about children; and once school is out, our children need to learn to integrate with others.

I had the option of offering my children the ability to learn French and religion thanks to school choice.  While I chose the French, it was only because another generation decided to baptize their child at one church over another that allowed them access to a Catholic school.  In a rural area where options are already limited, no publicly-funded school should have the ability to deny a student access based on the religious affinity of either the parents or grandparents.  But that’s just my opinion.

This post in an opinion based on personal experience. 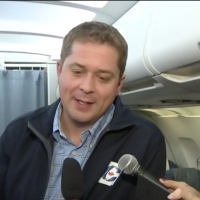