The NDP has officially adopted the UCP’s approach to balancing the budget; painful cuts.

Yesterday’s 3rd Quarter update by Finance Minister Joe Ceci was likely his last, but also the document upon which the NDP government (unless they extend the election to 2020, as I’ve suggested) will run its campaign.

Included in the document was a curious pathway to balance, built on the pixie dust that dreams and unicorn farts are made out of.

Why do I say this? Because the projections to get back to balance by 2024 include an increase in non-renewable resource royalties of 132%. That’s balancing the budget with all those royalties going into general revenue. (Something that 2015 Rachel would certainly not approve of).

Now we all know that this is certainly an aggressive and magical accounting trick that even the least discerning of fiscal neophytes would find suspicious.

But the truly goofy? 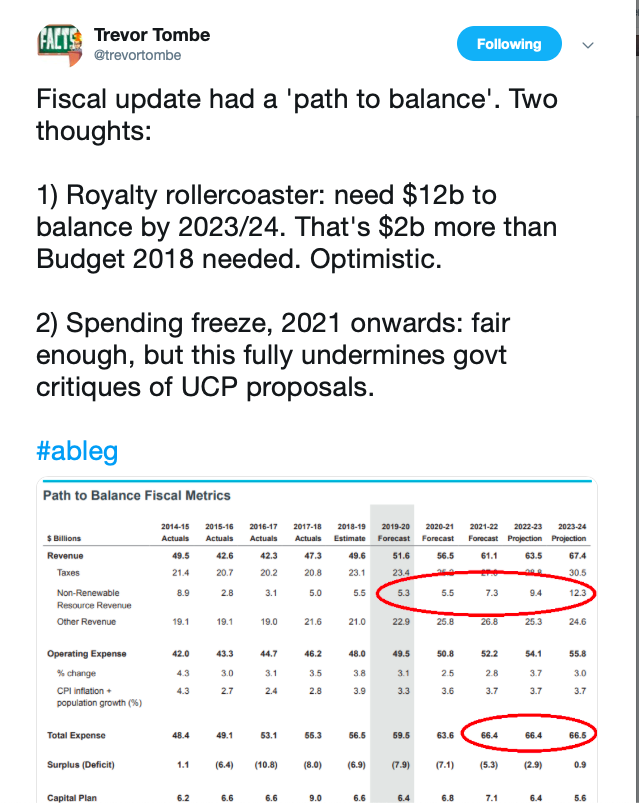 The 3-year freeze on total spending. This is an even more aggressive plan to control costs than has been proposed by either the Alberta Party or the United Conservative Party, who’ve both suggested a moderate hold just below the CPI and population growth rate for a period of about a government mandate to get back to balance.

No new spending government-wide for three years. I’d love to see an NDP supporter defend these “painful cuts” – Rachel’s words, not mine. 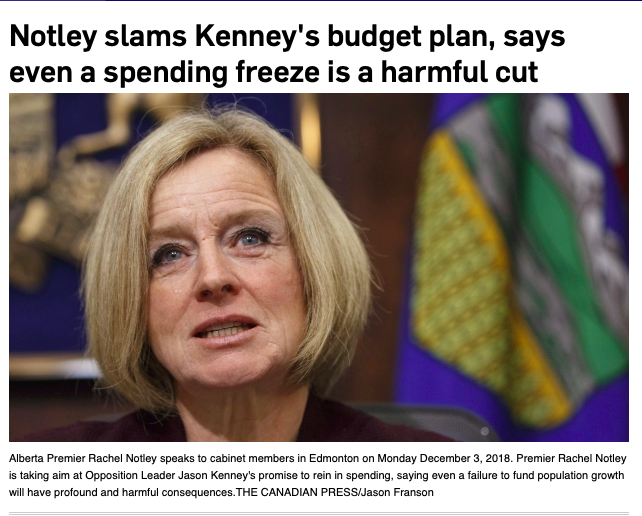 Either way, it’s a political magic trick that anyone with a calculator and a few brain cells to spare should see through.