Former cabinet minister and Deputy Prime Minister Sheila Copps has stepped into the limelight in a big way the past week, coming out of the shadows of retirement to defend the current Prime Minister against the scandal swirling around him and his inner circle that was set off by the demotion of Jody Wilson-Raybould.

It seems the former MP is as feisty as her historical “rat-pack” reputation indicates, though it would seem her tact isn’t quite intact.

Launching blistering attacks against Jody Wilson-Raybould and Jane Philpott for their resignations and role in the so-called LavScam, Copps has been digging a deep hole on Twitter with her comments.

Unfortunately for Copps, while I believe she thinks she’s somehow helping by dragging Wilson-Raybould, Philpott, and to a lesser extent the recently critical MP Celina Caesar-Chavannes, the opposite is true.

She’s coming across as a partisan hack, and only making herself (and the PM) look bad.

Here are a few of her standout pieces of commentary: 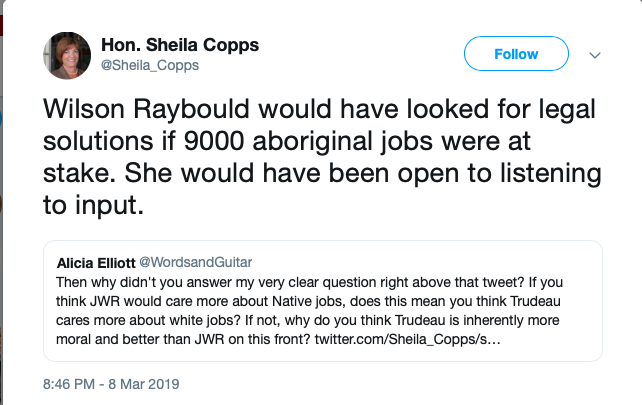 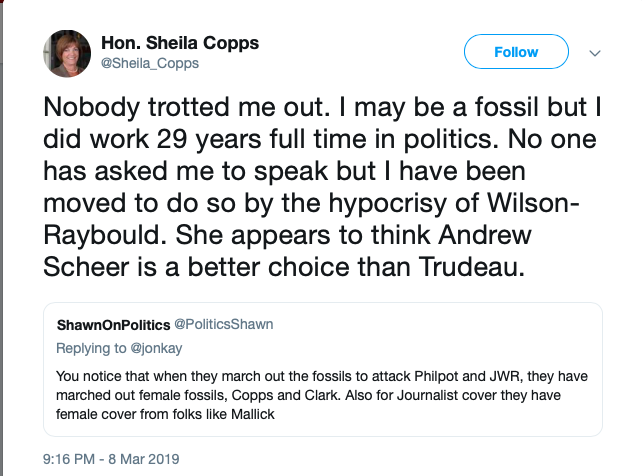 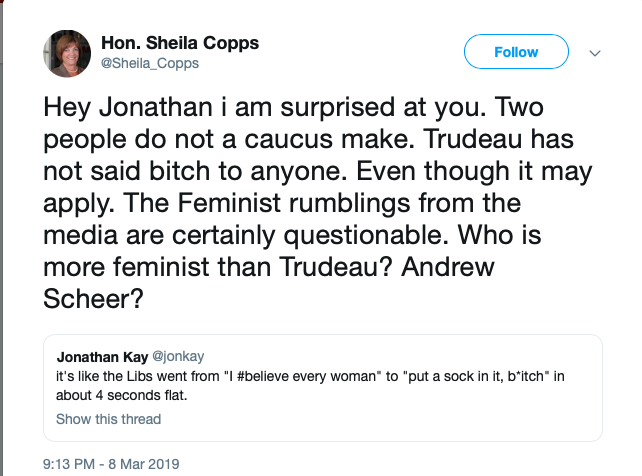 One thing is for sure. With Trudeau having confirmed key elements of Wilson-Raybould’s testimony and contradicting much of his close friend and former Principal Secretary Gerald Butts’ testimony – this story is not likely to quiet down for at least another few weeks.

If new Minister of Justice and Attorney General David Lametti does ultimately intervene to grant a DPA to SNC-Lavalin, expect the political heat to turn up to 11.

When all the PMO likely wants is for this story to die down, the question remains, who called in the Copps, and is she really helping?