Alberta’s War Room is getting off to a rocky start and should be a cause for concern for anyone who is an advocate for freedom of speech/expression, and for truth in advertising.

The $30 million-dollar government funded war room is intended to aggressively change the conversation around Alberta’s ethical oil and energy development. That is to say, it is corporate welfare for the O&G industry who has done a woefully inadequate job of hiring and leveraging intelligent PR firms to build goodwill.

Measurable progress was made under the NDP led Alberta government whose “Keep Canada Working” and “Made in Alberta” plans leveraged top creative talent to change the perception and acceptance for the TMX expansion in BC and Ontario – moving the needle to a point that the majority of people in those provinces are now supportive of the project.

The challenge at least at first glance of the UCP initiative is that it seems to be one that will be an in-house project and is already enduring some missteps.

First off there was the BC For TMX account that purported to be a grassroots initiative driven by BC residents to support the infrastructure. But it quickly became clear that it was a misrepresentation, in fact being run by the Alberta government.

Not a great first step in establishing credibility and winning allies. 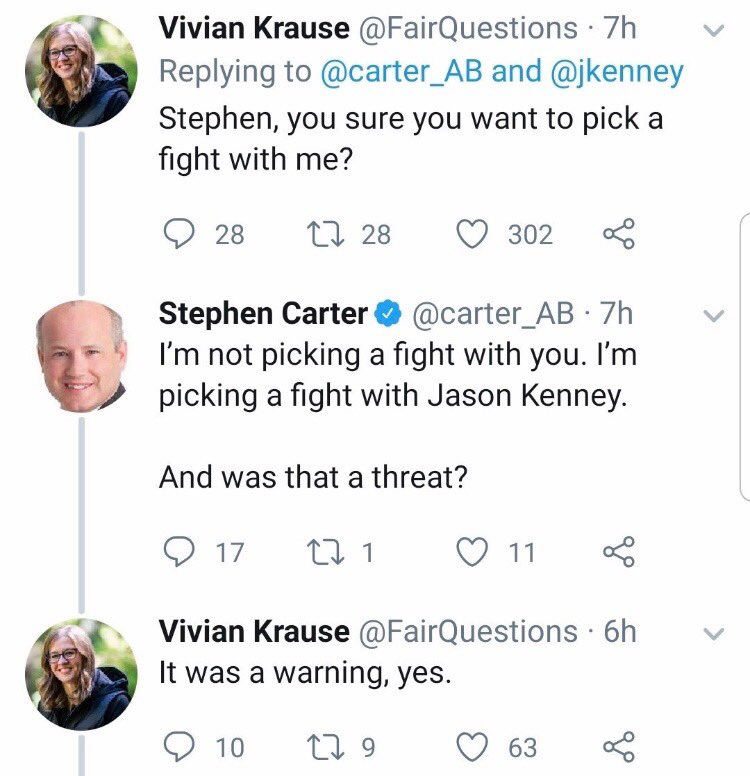 Then Vivian Krause, whose @FairQuestions campaign on Twitter claims to have exposed a Rockefeller funded campaign to shut down Alberta’s oilsands got into a conflict with Stephen Carter (@Carter_AB) on Twitter threatening him for picking a fight with Premier Kenney. When asked if it was a threat, her response was that it was a warning, yes.

If the “war room” is going to accomplish anything substantive, it can’t just be a government-funded troll farm, which is going to pick fights and be nothing but O&G boosters. It needs to engage in smart market research that will leverage those findings into creating messaging that resonates. Anything less will just be a pissing contest that will entrench opponents and arm them with a case for opposition.

Unfortunately, we need someone armed to play chess, but are arming ourselves for a game of checkers instead.