Septuagenarian contrarian Rex Murphy emerged from his cave just in time to have an epiphany about gender diversity.

On the eve of observing his 43rd federal election, Old Rex was so taken aback by the fact that one woman could possibly be considered competent enough to leave the house without supervision, much less five of them.

Upon learning they were going to be moderating a federal election debate, of all things, he pulled out his trusty old chisel and granite to regale us with his “insights.”

In the past three quarters of a century, It had never dawned on him to question the merits of male journalists to moderate the debates. Or to care much about ensuring there was diversity of gender, or of any other diversity for that matter, but this year, for reasons he cannot fathom, something snapped. He knew something was afoot when five of “the XX chromosome class” wound up in these positions.

“Surely that BIG L socialist David Johnston whooped out “You go girls!” as he danced over the shards of another broken “glass ceiling,” said mad-man Murphy as he recorded his missive for posterity.

With the lack of grace befitting any dinosaur, he also noted the pinko former Governor-General charged with commissioning the debates was originally selected to that role by card-carrying communist Stephen Harper.

“Real (cave) men like me are so accustomed to tuning out the gentler sex that it’s highly unlikely we will get any value from the debate,” opined Murphy before launching into a fanatical missive towards the night sky on possible solutions.

“What we need is janitors, oil workers, and taxi drivers to host the debates. People with a real knowledge of voter’s problems and no knowledge of Party platforms or policy proposals; surely only they can relate to the real people of Canada.”

“Maybe even a nurse”, he mused, “actually no – male nurses are a bridge too far. But definitely more testosterone diversity!” said the latest proponent of gender issues as he shook his fist in the air. 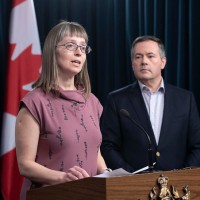 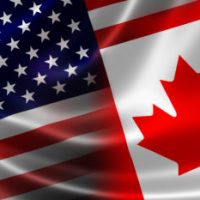