It’s hard to avoid these days; the news that much of the United States will be open for business in May. Sure, there was a little constitutional tug-of-war between Donald Trump and several state governors on when they’ll open but most seem to agree that the goal is to reopen as soon as possible.

As a close neighbour, this concerns me – for a few reasons.

The first is that the United States is far from getting a handle on the spread of COVID-19 throughout their country. As of April 22nd, the US had over 855,000 cases with over 48,000 deaths.

Secondly, even if the U.S. gets more aggressive on testing as a means of stopping the spread of the virus, they are lacking tests, consistency, and coordination.

The U.S. has not found a consistent supplier of tests. As a result, the Food and Drug Administration (FDA) has allowed roughly 90 companies to sell tests to Americans without consistent standards. False positives will sit at home unnecessarily and failed positives will allow the virus to continue to spread.

Third, the medical and scientific community doesn’t fully understand this virus. They don’t yet know what it means to recover from the virus, and they don’t know if recovery leads to immunity.

In South Korea, the Centre of Disease Control and Prevention is noting that some of their positive cases are being re-activated (as opposed to re-infected). In Wuhan, China, patients are still testing positive 50 – 70 days after initial identification, suggesting other countries may need to be looking at quarantine times exceeding 2 months for positive cases for risk of future spread to uninfected populations.

Finally, clinical trials for a vaccine have just started in Germany with the first test batch of 200 people are being lined up.

Germany’s Health Minister warns that mass scale production, on a global level, is still a year plus away. While Bill Gates may be willing to build seven factories to accelerate production until one or more vaccines can be identified, even he admits global access is likely at least 18 months away.

Regardless of who’s leading the U.S. after the November election, they have a serious problem on their hands. They don’t know who’s infected, they don’t have good testing criteria, they don’t know what happens after infection, and a potential vaccine is many months away.

The not knowing is a recipe for continual infection than has the potential to be worse than the first one. It will result in many more Americans losing their lives and the American economy being repeatedly crippled.

Seeing that we share a border – and a continent with them – this is not an optimistic scenario for either them or us. Many Canadians have friends and family south of the 49th Parallel and they are our largest trading partner. We share a history, a present, and a future with our neighbours and it’s in all of our interests that the U.S. get through this as unscathed as possible.

Honestly, I really hope my fears are unfounded… but I don’t think they are.

Mark Taylor is not a medical professional nor an epidemiologist. To badly paraphrase Star Trek, “Dammit Jim, he’s an engineer, not a doctor.”

Support our work by becoming a patron at Patreon.com

0 comments on “TAYLOR: The push to reopen the U.S. economy too soon is frightening” 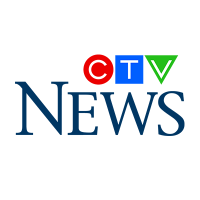