Investigations, Allegations, and Denials; Oh My.

There are a lot of things that bother people about politics: lying politicians, cronyism and corruption are the top complaints (or at least the oldest) but another is money.  When the NDP formed government in 2015, one of their platform promises was to remove big money from politics […]

Jason Kenney, long-term MP, Minister of Immigration, Employment and Defence, and the Prime Minister’s number two, may simply have been the unwilling victim of an accommodating staffer.

If Kenney’s claim cannot be independently verified through lease agreements or visitor logs, the idea that Jason Kenney may have fraudulently claimed a subsidy he had no right to during his mother’s residency at Lake Bonavista will throw shade on whether he should have been eligible prior to that as well.  Canadians will wonder.  Albertans will as well; and this election season isn’t long enough for them to forget.

You’ve probably read the articles and heard on the news: Jason Kenney is under fire for receiving a $10,000 a year subsidy for his Ottawa residence while he purportedly lived in the basement of his mother’s retirement home in Calgary.  The Party and its supporters have been on […]

Will the Real “Champion of the Taxpayers” Please Stand Up

Park your partisanship for one moment and ask yourself if you would accept this explanation from Justin Trudeau.  Something tells me the incessant outrage would be intense – and led by Jason Kenney, “Champion of the Taxpayer”.

Paper Tiger – A person or thing that appears threatening but is ineffectual[1] Part of the UCP’s narrative about merging the two conservative parties is that all the small-c conservatives came together to fight the socialist hordes running the government and ruining the province. It makes for a […]

People often say, “don’t hate the player, hate the game”.  As Albertans, we should already be painfully aware governance has consequences that extend well beyond the allotted playing time. 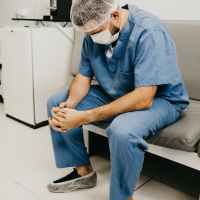