The Death of Progressive Conservatism

Somewhere along the way conservatism lost its way, and evolved into a spiteful and petty ideology that is far less about conserving anything really, and far more reactionary, regressive, and aggressive.

For much of my youth, Progressive Conservatives worked hard to espouse fiscal responsibility, champion environmental conservation, and provide good economic policy through smaller and less interventionist governments that enabled businesses and people to live up to their potential.

The conservatism of today has shifted from those days.

While they still preach fiscal responsibility, in practice what they do is strip themselves of income to give preferential treatment to their well-heeled corporate patrons and wealthy donors. The theory is that this will lead to growth in employment and attracting high earners to our jurisdictions, but the practical outcome being that a race to the bottom has occurred that in some cases leaves national and sub-national governments unable to even fund the basic services that they have committed to providing their population.

What brought us to this point?

In North America, a large factor in this started in the early 90s with the rise of “Taxpayer’s” groups, along with the rise of Thatcher/Reaganomics in the 80s. This was the belief that if corporations did well, they would pass that wealth on to their workers, creating a demand-loop that would grow the economy and prosperity – commonly known today as “trickle-down economics.”

US Supreme Court Justice Oliver Wendell Holmes Jr. famously stated that taxes were the price we paid for a civil society.

However, these ratepayer groups effectively established a narrative that the people who have primary value in society are those who pay taxes. Children, impoverished people, students, and those with disabilities all take a back seat to those in the corporate/business world. All decisions are made with an eye to cost and never to value.

In an era where we’ve seen a dramatic shift from capitalism to pure corporatism, along with the rise of social media and need for instant gratification and self-enrichment, taxpayers now have just enough information to feel informed, but still not enough to be engaged in nuanced policy debates that consider unintended consequences and outcomes for the greater good.

The result is public policy that is driven by soundbites and the lowest common denominator. Sadly, this has left multi-partisan cooperation on life support, and for all intents and purposes Progressive Conservativism dead. What’s left is an ideology that wishes to starve revenues so as to choke government to death, along with it the people who rely on it to help them function.

Old PCs are now labelled as Liberals or socialists, while the new PC can be best defined as Populist Conservative. 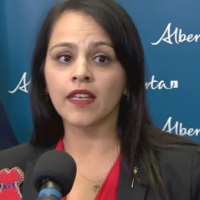 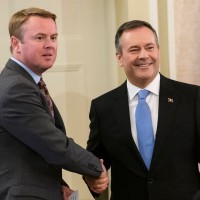 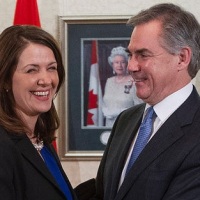