CTV Calgary came under justified criticism this week for running a story based on the social media postings of a uniquely infamous quack.

David Stephan, for those who might not recall, was charged alongside his wife Collet on Valentine’s Day 2013 for failing to provide the necessities of life for their 19-month-old child Ezekiel, who died of a hypoxic brain injury after his parents had treated his meningitis with herbal remedies.

They were convicted by a jury in 2016, but the Supreme Court ordered a new trial in May 2018, which lead to an acquittal by Justice Terry Blackson in September on the grounds that the parents didn’t know Ezekiel had meningitis and that, even if they did, he didn’t directly die from meningitis, a certain genre of ruling that only makes sense to lawyers.

So no, the Stephan’s aren’t murderers, nor were they charged with that, but suffice it to say David’s health advice ought not to be taken seriously.

The recent news story’s headline originally read: ‘Alberta natural health activist says COVID-19 is a hoax’, but was changed to the less inflammatory “‘Public health experts are just that, experts’: U of C professor rejects Stephan’s claim that COVID-19 is ‘a hoax.'”

(It’s important to note that reporters don’t necessarily write their own headlines and, at least in the newspaper business, generally don’t.)

While expertise from University of Calgary’s Dr. Juliet Guichon was included, the lede — the top of the news pyramid — remains focused on Stephan’s view that COVID is a hoax to promote “fancy new vaccines,” and links directly to Stephan’s Facebook post.

A trusted media outlet allowed a conspiracy theory, debunked by medical professionals, to shape the story’s narrative — which is precisely what he wants. Anyone inclined to agree with him isn’t going to be swayed by medical expertise.

One could argue in general, but particularly during a pandemic, there’s a crucial responsibility for news outlets to avoid sensationalism.

This is, admittedly, a difficult balance to strike while attempting to cover sensationalized news but the responsibility lies with the trusted organization — no one else.

“There could be many reasons for a news organization to publish such a story – they may have noticed it going viral on social media without rebuttal and have wanted to counter it; they may see significant interest in stories around Stephans and want to build on that; they may believe that it is crucial to fact-check hoax claims,” University of British Columbia media historian Heidi Tworek tells Political RnD.

“But there are dangers to amplifying these claims, even as we rebut them.”

Jeremy Klaszus of Calgary’s The Sprawl tweeted that this reflective of a certain tendency in mainstream journalism to seek out ‘both sides’ sides of an issue, even when one side hasn’t a clue what they’re talking about.

“This is what happens when you hold up neutrality, rather than truth, as the ideal for journalism,” he said. “They are not the same. People think they are, but they’re not.”

Made the mistake of reading that CTV Calgary story. This is what happens when you hold up neutrality, rather than truth, as the ideal for journalism. They are not the same. People think they are, but they're not.

CTV Calgary managing editor Dawn Walton declined to comment on how the network decided to run the story.

“We appreciate your interest, but we will not be participating,” Walton wrote in an e-mail.

Tworek says the CTV story clearly rebutted Stephan’s claims, but at the same time clearly provided amplification to an anti-vaxxer.

This demonstrates the importance of guarding against “unintentionally granting greater notoriety to conspiracy theories by debunking them,” said Tworek.

“More broadly, though, this article raises the question of how we will deal with the anti-vaxxer movement if a vaccine really is the only long-term solution to the coronavirus. We are going to need clear communication that does not just frame stories around debunking anti-vaxxers.”

Canada is sort of a Wild West for regulating broadcasters’ online presence.

The CBSC is a complaint-driven organization, which forwards complaints to the broadcasters themselves, who provide an explanation. If the complainant is unsatisfied, the CBSC secretariat investigates whether there was a breach of their Code, Smeltzer explained.

If there’s a potential Code violation, the matter gets sent to an adjudicating panel composed of members of the broadcasting industry and public.

Outlets found by the panel to have breached CBSC standards are required to air an announcement of the finding.

But this process doesn’t apply to online outlets.

“The Codes that the CBSC administers apply only to content broadcast on traditional radio or television relating to issues such as representation of identifiable groups, violence, sex, coarse language, accuracy and fairness of news, privacy, etc.,” Smeltzer wrote in an email.

“Thus, the CBSC cannot deal with complaints about internet content or social media, even if that content is related to a CBSC broadcaster associate’s station and posted on their website.”

Some online outlets are members of the National NewsMedia Council, which provides similar oversight to print publications, but no Canadian broadcaster’s online division is a member.

Jeremy is a freelance reporter based in Medicine Hat. He also is a host of the Big Shiny Takes and upcoming Forgotten Corner podcasts. 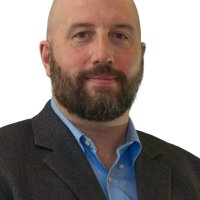 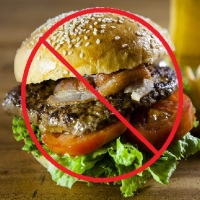