Jason Kenney said hasta la vista to August on a high note but was tripped up when a real celebratory opportunity presented itself.  Riding on the coattails of Alberta’s disappointment with a court ruling that halted construction on the Trans Mountain pipeline, the stars continued to align with disaster Friday when Donald Trump bragged that he was not negotiating with Canada in good faith. Yes, Alberta’s Bad News Bear sashayed into the long weekend with a noticeable swing in his hips.

Spreading the impending doom and gloom with the excitement of an earnest flower girl holding a full bucket of petals, Kenney was apparently confounded by the symbolism of a rainbow flag.  An estimated 80,000 people lined the streets of the Calgary Pride parade on Sunday while Jason Kenney and about ten of his caucus members, local nomination candidates and LGBTQ+ supporters (math check… yeah… that’s right) held what appeared to be a wake in the basement of a bar appropriately far away from the Parade.  Good, good times.

But Kenney wasn’t done yet.  With complete disregard for intellectual property, the Leader of Alberta’s Official Opposition tweeted out Labour Day wishes to the world with photos from the Mount Royal University website without obtaining permission.  When questioned about the ethics of such by a Faculty Association account, Kenney said “apologies if (breach of copyright) offends” and merrily brushed off the nuisance.  Rights that other people have; LOL!

Pride and a nod to employee rights and protections are just a couple of days a year on the UCP calendar but pipelines and communicable Conservative angst are year-round.  On CTV’s Power Play, Kenney offered one of his highly speculative anecdotes about the mood of the province.  Assuring the public that it was bad, I mean, really bad, he offered the trustworthy distinction that Alberta dismay wasn’t just coming from a “stereotypical ‘redneck’” but that “educated professional urban women” believe Canada is just not working. That’s right; educated, professional, urban, women – not rednecks – so you know it’s totally a really real thing.

And when an international company announced its new Canadian head office would be located in the tech-friendly town of Cochrane, Alberta, Jason Kenney’s Armageddon-tunnel vision ensured he didn’t take notice.  To be fair, there were important announcements being made in oil and gas at the same time.  A Calgary company with 1085 permanent employees, 462 of which are in the head office in Calgary, (math check…  hmmm… nope, those numbers are correct) will be laying off 17% of its workforce “many of which will likely be in Alberta” Kenney offered with his characteristic positivity.

Yes, September started off with just another week under Kenney’s calculated cloud of disappointment and assurance of destruction of everything we hold dear or ever might hold dear or used to hold dear.  Try not to trip over the sad, unfortunate souls lying in wait of Kenney’s Conservative Rapture.  Just look to Ontario; Kenney knows their recent hardships are heading straight for Alberta.

Satirical but not satire; unfortunately.

Thanks to everyone that came out to celebrate #yycpride with us this morning. Happy Pride, Calgary! pic.twitter.com/Y4s6OHpdHv

We are proud of our #MRU nursing students and programs, but question why Jason Kenney thought it acceptable to use this photo? Our photos should not be used without consent, and we do not support this. pic.twitter.com/i1xOIh5xxT

The photo was used for a respectful Labour Day post honouring working women and men in our province. Obviously no offence was intended – quite the opposite, in fact. Apologies if this has offended.

Albertans are rightly frustrated. They have contributed massively to the rest of the federation. They have played by the rules. But at every turn, roadblocks. All they ask for is the ability to develop the resources that produce that wealth that is shared across the country. pic.twitter.com/jUSX14FEmC

0 comments on “Armageddon, Pride and the Conservative Rapture; All in one Week #ableg #abpoli” 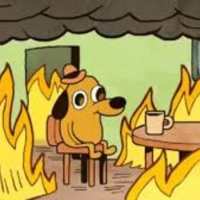